Despite missing the top slot to represent her community, Catherine was happy and confident about her future role in leadership. 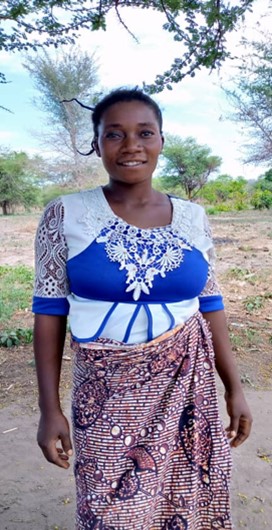 Despite major advances, not all female candidates succeeded. In the Nabwalya CRB, despite spending days walking on foot to convince people to vote for her after her election to her Village Action Group, Catherine Chatata finished third at a local level and did not advance to the CRB.

Catherine came into the race with little more than her reputation, and it was not enough to earn her a seat on the Nabwalya CRB.

External factors, such as a funeral, also affected her campaign. As a woman, she was expected to play a role such as cooking and cleaning at the funeral house and sit and mourn with the bereaved family instead of campaigning. As a result, she could not reach some neighboring villages for her campaign.

Despite missing the top slot to represent her community, Catherine was happy and confident about her future role in leadership.

“I now believe that even as a woman who has no money for campaigning, I can be voted for. I will work even harder to convince people in the next round of elections and my achievements in the VAG will campaign for me.”

CRB elections are held every three years. The competition is stiff and often marred with malpractice which makes it very costly for women like Catherine who have few resources. These practices provide an advantage to those with financial resources, who are mostly men. The process  also has  the potential to encourage corruption in the CRB since candidates who spend a considerable amount of money during campaigns might feel encouraged to recover such expenses when in office.

“People were demanding food and drinks and even money. Whenever you call for a meeting they would ask, what have you brought for us? Even children wanted sweets and biscuits! They wanted to know the kind of after party I would throw for them if I won,” she said.